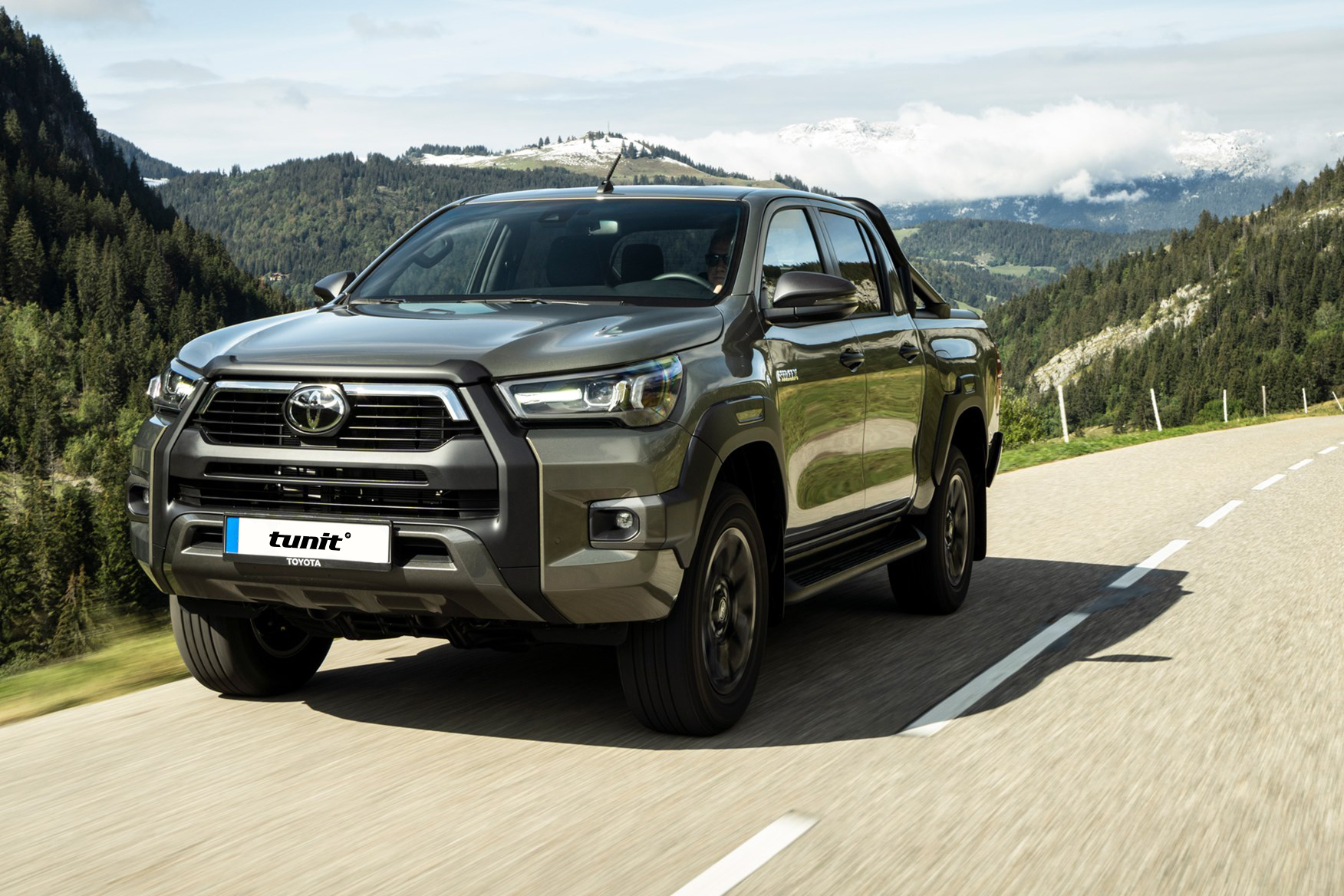 THE ALL NEW ADVANTAGE 3i

Tunit is amongst the first tuning companies in the world to offer a solution for the i-ART systems, first introduced in the UK in late 2019 and worldwide in 2.4 and 2.8 engine variants since late 2020. Developed by Denso, the i-ART system is now used worldwide after being used for almost 10 years in Brazil by Toyota as well as being used by manufacturers including Volvo and Mazda.

So how does the i-ART system differ from the traditional common rail engine?
Common rail technology has remained largely unchanged since first appearing in passenger vehicles in the late 90s, utilising a single sensor to provide fuel pressure readings to the ECU. I-ART technology takes this one step further by incorporating a pressure sensor into each injector. Toyota claims enhanced performance along with reduced emissions and fuel consumption, but Tunit wouldn’t be Tunit if we didn’t look to push the boundaries further.

The all new Advantage 3i provided impressive results through its initial 2021 trials. The graphs here show an outstanding 35% increase in power and 25% increase in torque. On top of this, test vehicles have reported a 15% improvement on fuel economy. One customer was quoted as being ”Over the moon. It’s worth every penny, a lot of torque and after 800 miles I am better off by 3-4 mpg”. On a Hilux covering 15,000 miles per annum that’s a saving of over £500 on fuel. 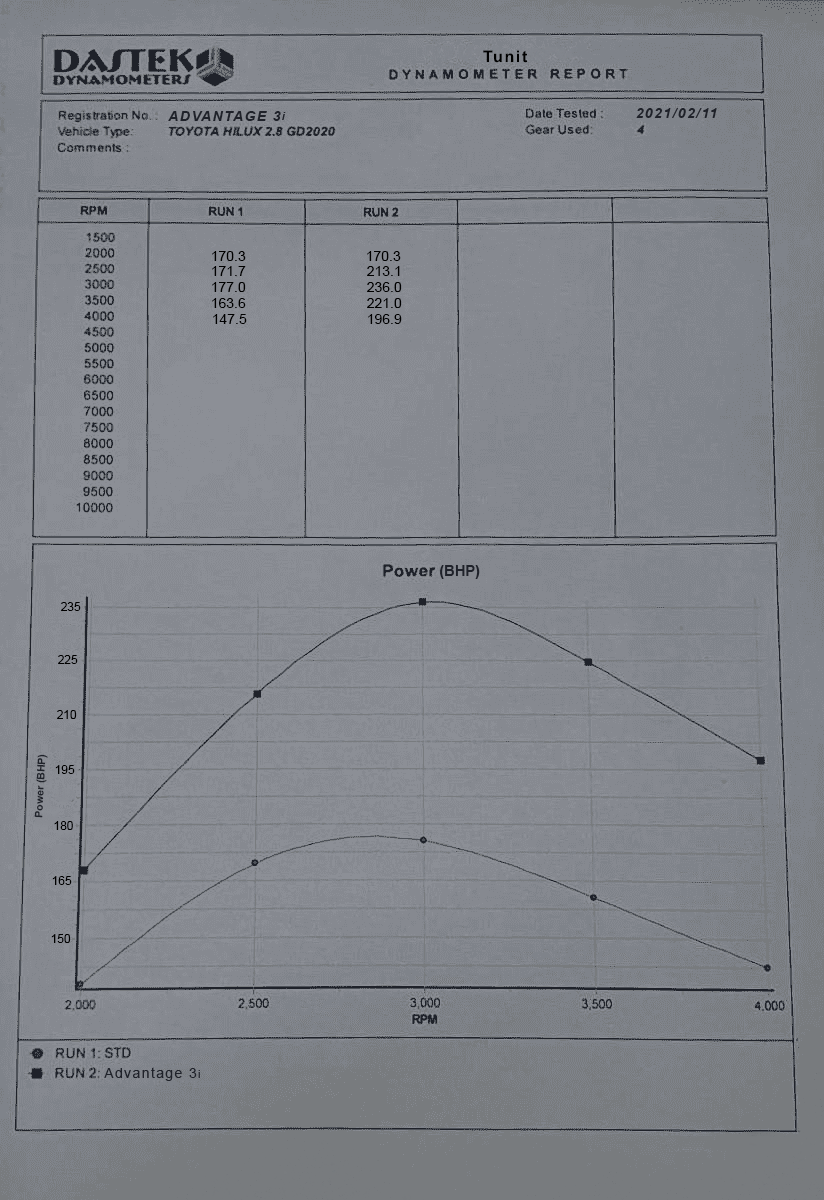 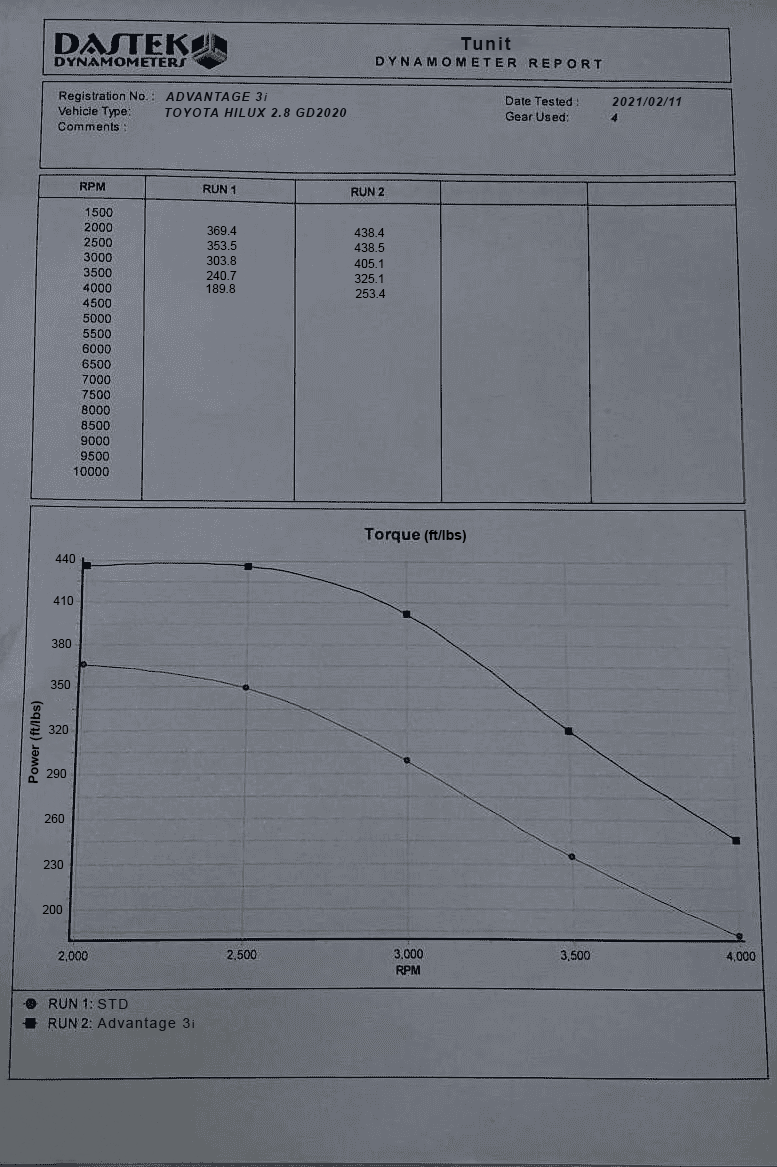 The new Advantage 3i is available at all Tunit dealers nationwide and installation and test drive is a little over an hour. The Advantage 3i comes with a 5 year product warranty, 2 year engine warranty and lifetime part exchange. Call Tunit central office for details 01257 274 100.

This website uses cookies to improve your experience while you navigate through the website. Out of these cookies, the cookies that are categorized as necessary are stored on your browser as they are essential for the working of basic functionalities of the website. We also use third-party cookies that help us analyze and understand how you use this website. These cookies will be stored in your browser only with your consent. You also have the option to opt-out of these cookies. But opting out of some of these cookies may have an effect on your browsing experience.
Necessary Always Enabled
Necessary cookies are absolutely essential for the website to function properly. This category only includes cookies that ensures basic functionalities and security features of the website. These cookies do not store any personal information.
Non-necessary
Any cookies that may not be particularly necessary for the website to function and is used specifically to collect user personal data via analytics, ads, other embedded contents are termed as non-necessary cookies. It is mandatory to procure user consent prior to running these cookies on your website.
SAVE & ACCEPT